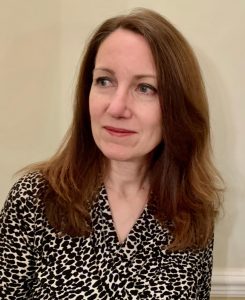 The novel is about three women who were all seduced by the same man, the elusive David Kingfisher, online, before they meet up and form a plan for revenge.

Morgan said: ” I love the concept behind The Real Thing – it feels so timely and Mandy really gets to the heart of the perils of online dating. Each of the three women’s voices is so distinct, and this is the prefect dark, twisty read for readers who love Adele Parks and Liane Moriarty. We’re really thrilled to be launching Mandy at Avon.”

Byatt, who is currently in the second year of a part-time MA in creative writing (crime fiction) at the University of East Anglia, said: “As we’re all spending more and more time online, I wanted to explore what can go wrong when you put your trust in someone you’ve only met virtually. I’m delighted that Avon has given me an opportunity to tell this story of loneliness and revenge.”